If a picture’s worth a thousand words, a meme is worth a million.

The other day a friend of mine shared with me this meme that has gone viral in the aftermath of the Parkland school shooting: 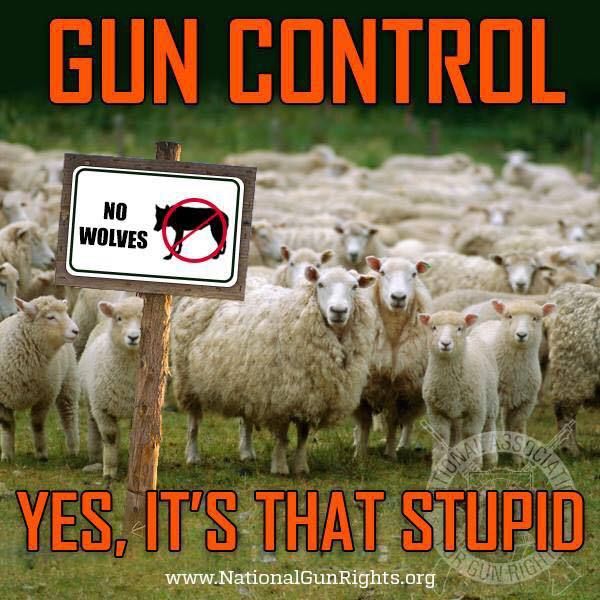 That’s some profound truth and reason.

For most of you reading this I probably don’t need to elaborate on the meme. For those of you who don’t get it (pretty much all you gun control advocates out there), let me explain.

The sheep are our children in public schools.

The no-wolves pasture is our “gun-free zone” schools.

The wolves that won’t heed the sign are the depraved lunatics that ignore laws against killing innocent people.

The knucklehead shepherds that put up the no-wolves sign are the hopelessly optimistic politicians and bureaucrats that think making a place gun-free will somehow protect children from criminals and psychopaths.

Of course, the meme does a great disservice to shepherds, as not even an uneducated or inexperienced shepherd would ever believe that a “no wolves” sign would deter ravenous wolves.

Real shepherds are infinitely wiser than that.

So how do shepherds protect their sheep?

They have dogs with teeth similar to what the wolves have, and they themselves are armed.

If we really want to protect our children, the solution is quite simple: Arm their shepherds. You don’t have to arm every teacher, just the ones that have the character, disposition and training to defend the flock. I guarantee you that the vast majority of schools in America will have a sufficient number of willing and qualified teachers who would prefer to be prepared to resist a school shooter and save the students they love, rather than be as they are now: detoothed and declawed, helpless before the bullets of a law-ignoring armed psychopath.